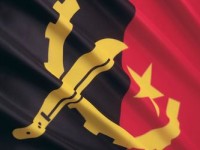 Saurimo — The minister of Energy and Water, João Batista Borges, laid on Monday the cornerstone for the construction of Tchihumbwe dam in Dala municipalty, north-east Lunda Sul province. The construction of the referred dam, with the capacity of producing 12.4 megawatts of electricity, is estimated at AKZ 971.9 billion, a project that will last 28 months for its conclusion. Speaking to the press after the laying act of the first foundation stone, the minister underlined that the Angolan government has a programme that prioritises the energy sector as pillar for the socio-economic growth and development of the country. “With this undertaking, the provinces of Lunda Sul and Moxico will record a significative growth in all sectors”, he said. The cornerstone laying act was witnessed by the governors of Moxico and Lunda Sul, João Ernesto Liberdade and Cândida Maria Guilherme Narciso, respectively, among other individualities.